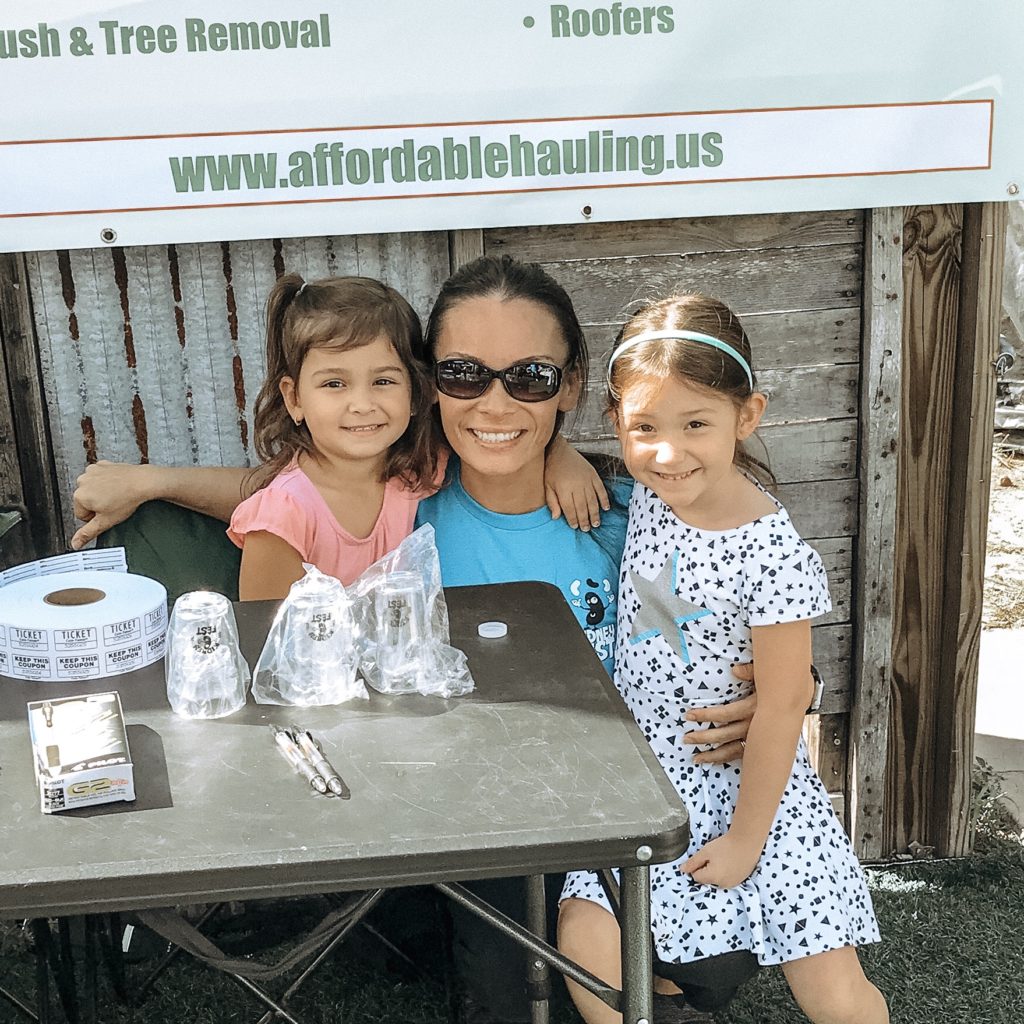 I’ve been trying to figure out where to begin.. I’ve been getting messages and comments asking about my curriculum, how I decide to plan and some have asked me how to start with their kids who are only in preschool. I will give a quick look into how I started my girls on their homeschool journey.

Every journey is different, parenting styles, children’s learning styles, topics learned… my entire journey started on a whim… no guidance and a bunch of guessing..

I started homeschooling my girls when they were fairly young, probably when they turned 3 1/2-4 years old if I had to make a guess. (I’m not truly sure about my age timeline now that I think of it, but I know they were pretty young). My oldest daughter had a speech delay so teaching her was a bit different than teaching my youngest. My oldest, Bobo, learned some of her letter sounds off of the Leap Frog television shows (I know that many don’t encourage television time, but I find that when chosen correctly, it can have positive effects on learning as there are so many more educational shows available to children these days, far more educational then when I was younger). Anyways, she began her phonics from the early years of watching the Leap Frog shows and then when it came school time, she knew the sounds of her letter before she could actually SAY the letters due to her delay. I spent the first year going over her letters and sounds, reviewing numbers 1-10, learning information through youtube songs, etc. I would religiously use Pinterest to get ideas for their letter sounds and fun ways to help them learn. I would make construction paper letters that you could turn into animals (example: turning an A into an Alligator, B into a Bumblebee, etc.) I would read to them and do projects that they could use glue and googly eyeballs, etc. I didn’t use ANY worksheets or anything during preschool years.. Both of their portfolios are made up of craft after craft after craft…

When they got a little older, I then started to get nervous they didn’t know enough so I started aimlessly picking topics and going with it. We learned about animals, mammals, digestion, clouds, states, plants, etc. I was just on a roll picking out things here and there off pinterest, but I noticed I would run through a topic and not give them enough time to grasp it fully.. I was rushing them, when I didn’t need to. Seems like such common sense, but in the midst of it, I was kind of lost… I took a step back, slowed down and did everything slowly and thoroughly, I gave them time to enjoy the learning process instead of being rushed through. If it wasn’t a craft they learned through, it was through white board drawings I would make with colorful dry erase markers.

By the time my kids were in kindergarten they could tell me the planets; which was biggest, spun the fastest, which was the same size as the earth, which was the smallest, the coldest, (most of which they learned off a YouTube song), they learned their lower case letters, they moved away from writing letters and numbers on the white board to the lined paper, the types of clouds, the presidents up until James Polk, their senses, the colors of the rainbow (based off a YouTube song) the seasons (based off a YouTube song), the months of the year (based off a YouTube song), the days of the week (based off a tune I made up myself), how to spell their first, middle and last name, their phone numbers (in case of emergency), their birthdays, my husband and I’s real first name, what state they lived in, parts of a plant. I made up my own circle time in the morning, throwing in the fun songs kids love when they are younger, read them tons of books. It wasn’t until my first daughter hit kindergarten that I looked up a list online that showed what she was supposed to know and I had far exceeded where she should have been. (side note: I write “they” in my description, because my youngest knew all of these things by the end of her preschool years too.. they are very close in age so their learning has overlapped a lot).

Some might think I overreached, but truly I was just making it up as I went, going off their interests and based it solely off guessing what they should know. Children remember through repetition and since I was with them all day I would simple ask them what sound the letter of the day made periodically through the day. I would casually review what we learned day to day with them and it stuck. I never sat them down and drilled stuff into them, I made it casual and they truly enjoyed themselves. I didn’t get mad if they got answers wrong, I simply correctly them and moved on without a fuss.

When my oldest daughter got signed up with the county for kindergarten, I purchased Home Learning Year by Year (How to Design a Homeschool Curriculum from Preschool through High School) by Rebecca Rupp, sat down for three hours and wrote out the list (I love lists and organizing) of things she was to learn, highlighted the areas she already knew and built my kindergarten curriculum based off that particular book. Simply choosing the next topic in line, allowing as much time as they needed to learn the information before moving onto the next.

And this is how I started our homeschool journey. This is all on the most perfect day that these events fell into place, the same rules applied back then that they do now, I learned to walk away from days that the kiddos didn’t want the structure and tried the next day. When they were super young, it was touch and go… but I somehow found enough time to get them in the groove of school and memorization.. baby steps…

Since this post is so long and full of so much background, I will make a separate blog post of how I did/do their kindergarten planning in my next blog.

These are the specific YouTube videos I used to teach my girls the planets, rainbow colors, months of the year and continents.

months of the year song:

Language Lessons for a Living Education 2

eeBoo Create and Tell Me A Story Cards, Animal Village

History: The Story of the World: History for the Classical Child: Volume 1

The Usborne Encyclopedia of World History:

Teach Your Child To Read In 100 Easy Lessons